"The Gulf Oil Disaster: What We Know, By the Numbers" 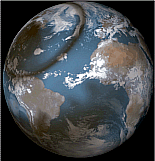 "The Gulf Oil Disaster:
What We Know, By the Numbers"
by CoyotePrime
I've had to think long and hard about this post. I've seen the visitor logs for this blog, and know a high percentage of you are seeking information about the BP situation in the Gulf of Mexico. Long time readers of this blog know that I'm no sensationalist. I've simply presented to you the best available version of "truth" I could find, under the usual mountain of lies and deception we see every day, and trusted in you, the readers, to weigh the evidence and decide matters for yourself. By default, it seems this post is needed. So be it.

The BP Gulf oil disaster is another area in which you've been lied to enough. Despite a recent allegation of "Doomsday" prophesying, which I strongly dispute, I'm sharing with you what I've learned these past 66 days. I don't believe you are children, incapable of dealing with truth. My intent is to inform you, not frighten you, though I myself am frightened. Finding accurate information regarding the BP Gulf of Mexico gusher disaster is a frustrating chore, since it's become very evident that both BP and the Federal government have been withholding information, intentionally lying, and attempting to minimalize the situation for their own agendas. I've followed this situation closely from day one, trying to pull out what truth I could from the blizzard of official and corporate deception. I've gathered this information from many, many articles and sources. All this information is contained within various posts on this blog. For brevity's sake I'm not going to cite sources here, it'd take forever. Instead, here's a synopsis of what is accepted by myself to be the most accurate information available. Please remember, these are my own findings and conclusions. Don't simply believe anything you read here. Consider the material and research this for yourself, then draw your own conclusions. Injecting my own opinions into the blog is something I never do, but the urgency and nature of this situation make it necessary. Mostly, I pray to God that you prove me wrong...
The reservoir that BP drilled into in the Macondo basin of the Gulf of Mexico contains an estimated 15,000,000,000 barrels of oil and trillions of cubic feet of methane gas/frozen methyl hydrates. The pressure within the reservoir is an estimated 120,000 PSI. There is a layer of methane gas at the top of the reservoir that's nearly 20 miles in circumference and over 20 feet deep. The size of the reservoir itself has been described as the "volume of Mt. Everest." For the 66 days following the explosion of methane gas on the Deepwater Horizon rig, oil, methane, rocks and dirt have been propelled up the bore hole by the 120,000 PSI pressure within the reservoir. The bore pipe was severely damaged during the initial incident, and has been under constant "scouring" by the escaping materials, and has now been completely destroyed. This means there is nothing for the relief wells to connect to- it is impossible for them to stop the flow.

BP has intentionally opened the fissure with cement during the deceptive "Top Kill" effort to draw off pressure from the Blow Out Protecter, which it fears, rightfully, will collapse. There are many ruptures appearing in the surrounding area of the well site from which oil and gas are now seeping, indicating the underlying geological structures are damaged and weakening. The escape flow of materials is increasing as the scouring effect of the escaping oil, gas, rock and dirt widen the bore hole, further accelerating the process. The volume of escaping crude oil has been fairly constant since the beginning, at a rate of 100,000 to 120,000 barrels per day, though that appears to be increasing.

If, under the relentless pressure from below, the geological structure around the bore hole fails, a near instant transfer of a significant portion of the reservoir's contents to the surface will occur. Trillions of cubic feet of methane will surface, followed by billions of barrels of crude oil. If the gas cloud encounters a spark from any source the resulting explosion would be of incalculable force. This massive surfacing action of escaping gas and crude oil will create an enormous tsunami, travelling at nearly 600 miles per hour towards the coastal regions of Louisiana, Alabama, Mississippi and Florida, as well as the coastal areas of Mexico. Those living in these areas would be wise to leave. According to industry expert Matt Simmons, and others, the only remaining option to seal the rupture is the detonation of a nuclear device above the reservoir. Doing so on top of all that methane makes this option unattractive at best. There simply seems no possibility of shutting this process down.
By the numbers: BP is lying through their teeth about how much oil has been vented, as well as about cleanup efforts and the amount of dispersant they've used. Matt Simmons, a long time expert in these matters said, after examining the video of the rupture, that the volume of oil escaping was approximately 120,000 barrels per day. Each barrel contains 42 gallons of oil. The rupture has been flowing for 66 days now. Let's do the math:
66 days X 120,000 barrels per day= 7,920,000 barrels, or 332,640,000 gallons to date.
At this rate, Matt Simmons has estimated it could flow for "30 years" before the reservoir is exhausted.
Under existing Federal environmental law BP faces a $4,300 fine per barrel discharged:
7,920,000 barrels X $4,300 = $34,056,000,000 in fines, to date.
Posted by CoyotePrime at 9:47 PM

According to geologists, the first signs that the methane may burst its way through the bottom of the ocean would be manifest via fissures or cracks appearing on the ocean floor near the path of least resistance, ie, the damaged well head. Evidence of fissures opening up on the seabed have been captured by the robotic midget submarines working to repair and contain the ruptured well. Smaller, independent plumes have also appeared outside the nearby radius of the bore hole. When reviewing video tapes of the live BP feeds, one can see in the tapes of mid-June that there is oil spewing up from visible fissions. Geologists are pointing to new fissures and cracks that are appearing on the ocean floor.
http://just-me-in-t.blogspot.com/2010/06/be-afraid-be-very-afraid.html