It's Obama vs infinite war 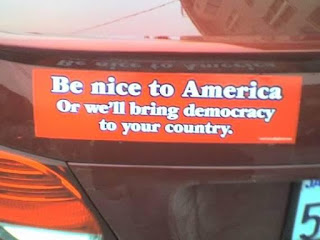 THE ROVING EYE
It's Obama vs infinite war
By Pepe Escobar


Does any one know what John Negroponte has been doing lately? :-)
Posted by Tao Dao Man at 8:39 PM