The Collapse of the Old Oil Order How the Petroleum Age Will End By Michael T. Klare 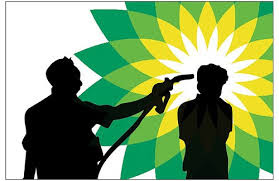 Whatever the outcome of the protests, uprisings, and rebellions now sweeping the Middle East, one thing is guaranteed: the world of oil will be permanently transformed.  Consider everything that’s now happening as just the first tremor of an oilquake that will shake our world to its core.
For a century stretching back to the discovery of oil in southwestern Persia before World War I, Western powers have repeatedly intervened in the Middle East to ensure the survival of authoritarian governments devoted to producing petroleum.  Without such interventions, the expansion of Western economies after World War II and the current affluence of industrialized societies would be inconceivable.
Here, however, is the news that should be on the front pages of newspapers everywhere:  That old oil order is dying, and with its demise we will see the end of cheap and readily accessible petroleum -- forever.