Arguing Libya. Another War, Another Myth - We came, we saw, we destroyed, we forgot

Arguing Libya. Another War, Another Myth


We came, we saw, we destroyed, we forgot
An updated summary of the charming record of US foreign policy. Since the end of the Second World War, the United States of America has ...
In total: Since 1945, the United States has carried out one or more of the above actions, on one or more occasions, in the following 69 countries (more than one-third of the countries of the world):
See a world map of US interventions below 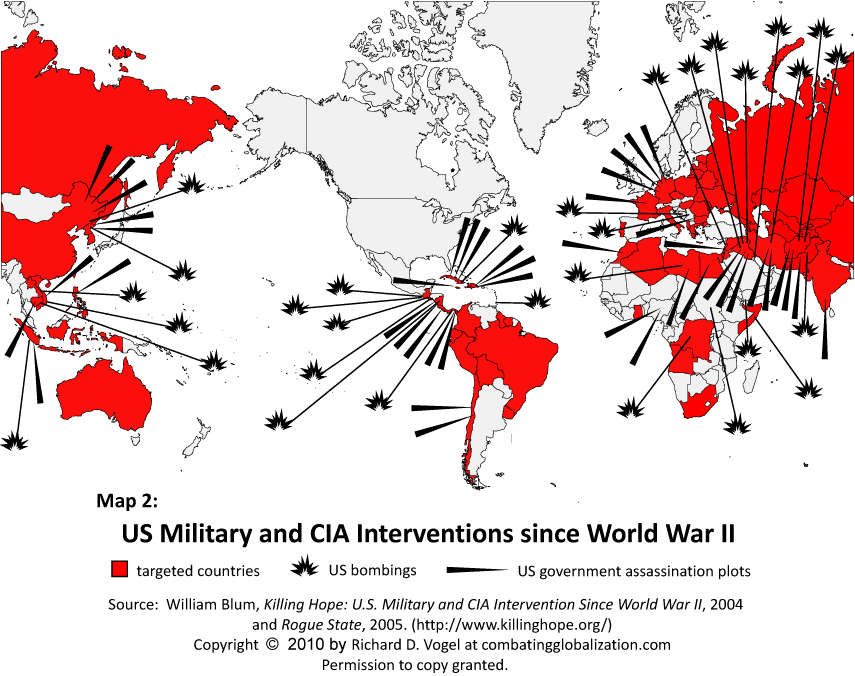 Hey, I'll put this up and attribute your place. Realpolitik is just another word for conquest.